You are here: Home / Look At It / You Bring the Alcohol I’ll Bring the Bad Decisions – Funny Wine Quotes

Now listen Karen, don’t yell at me about promoting under aged drinking. This is a historical image.

When I first saw this awesome photograph, I couldn’t resist transforming it into a funny wine quote for Wine & Drama.

This bad ass picture was taken in 1955 of a 13 year old Princess Yvonne and her 12 year old brother Prince Alexander both of Sayn-Wittgenstein-Sayn, Germany, as she swigs her dry Sherry and he sits calmly chilling with his cigarette.

The siblings were vacationing with their mother aboard a private yacht off the coast of Mallorca, Spain. You’d probably be yachting too if you were royalty, right?

Before you attempt to get on your soapbox or high horse. Let’s take into context when this picture was taken. 1955.

Do you think there was helicopter parenting in 1955? 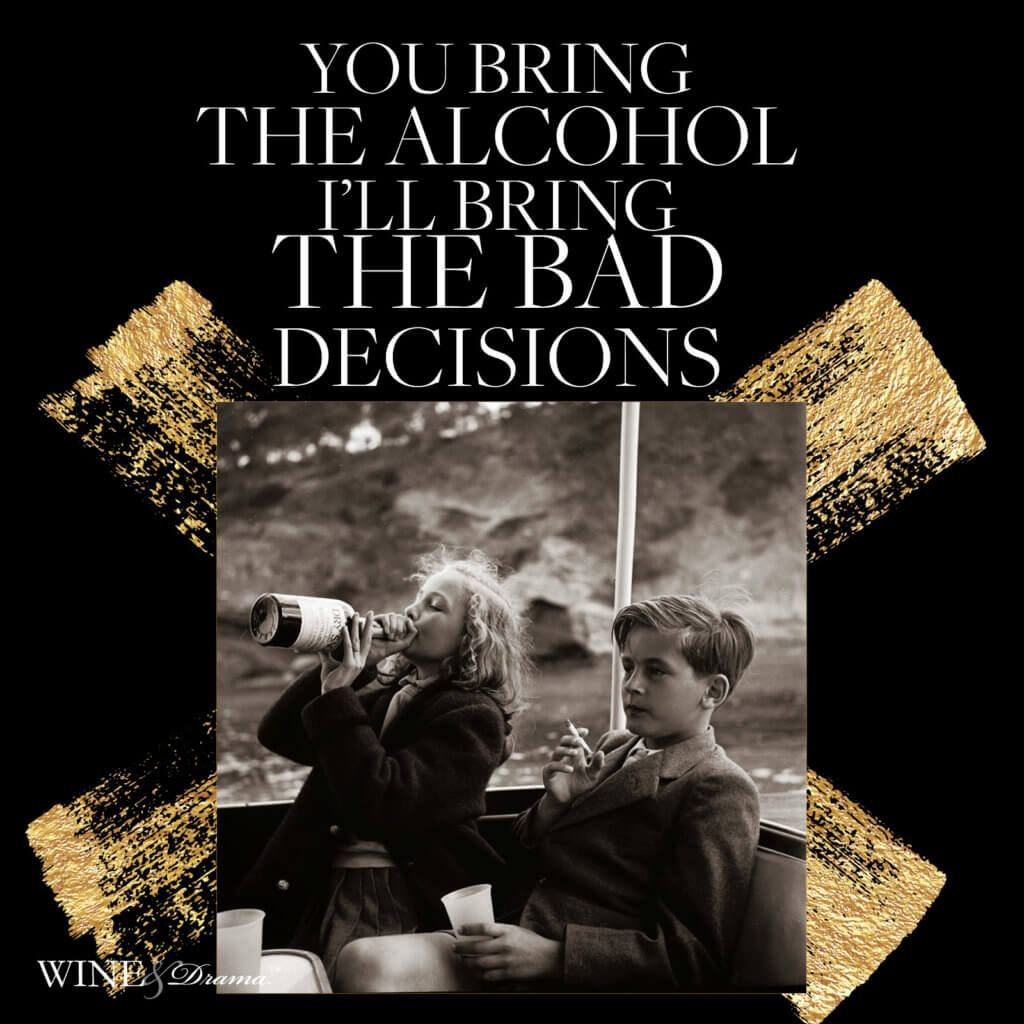 They’d gotten out of World War II several years earlier and this was when kids worked full-time jobs at eight years old. Everyone was just happy to be alive and not fighting in a global war.

So, even though these two are German nobles (the nobility was technically abolished as a ruling class in 1919) Princess Yvonne and Prince Alexander were basically just your every day celebs in a way.

It turns out their mom Princess Marianne Sayn-Wittgenstein-Sayn snapped the photog and was an accomplished photographer in her own right.

Maybe she posed them.

Maybe she thought her tweens smoking and drinking on a yacht was “normal”.

Or maybe she didn’t give a shite and said, “Screw it. It’s good to be king.” (Even if you aren’t a ruling one.)

Oh by the way, these two shot callers are still alive and kicking today. Cheers to the anti-aging effects of alcohol and bad decisions! 😉 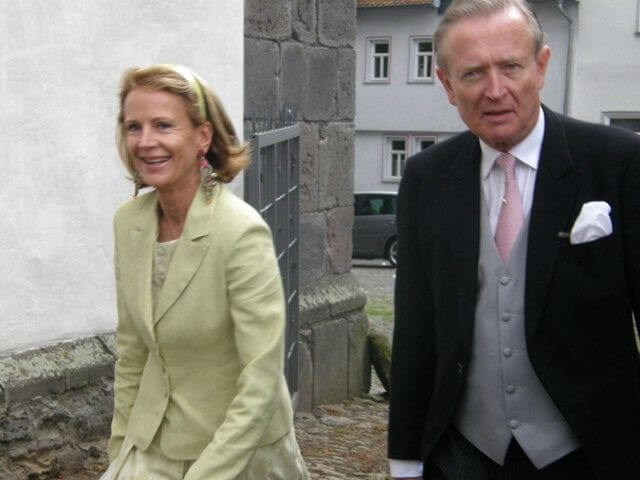 P.S. If you want to see where I first used the original image of these two ballers. Check it out here.

Father’s Day Quotes - For the Love of Dad
How to Pair Food and Wine: 2 Steps for Perfect Pairing Every. Single. Time.
All You Need Is Love And A Tall Glass of Wine
SNARKY WINE QUOTES - WINE OVER EVERYTHING

Get Your Free Wine Cheatsheet