Villain Thy Name Is Willoughby – Sense and Sensibility Movie Review

Many an ideal night of mine has been spent in candlelight curled up on my couch under my blanket that feels like it was made out of 100 baby kittens (relax, it wasn’t).

In my hand is an icy cold glass of Cupcake Prosecco and Jane Austen in the DVD player.

While I’ve read Pride & Prejudice over and over, so much so that it’s in my top 10 reading list. The Jane Austen novel that owns my heart eternally is Sense and Sensibility.

Sense and Sensibility is the story of two sisters Marianne and Elinor Dashwood on their journey from loss and rejectionto self-awareness, happiness, and finally true love.

I’ve watched both adaptations of Sense And Sensibility

and the original 1995 Emma Thompson version is still my favorite. Don’t judge me just because I know every word. 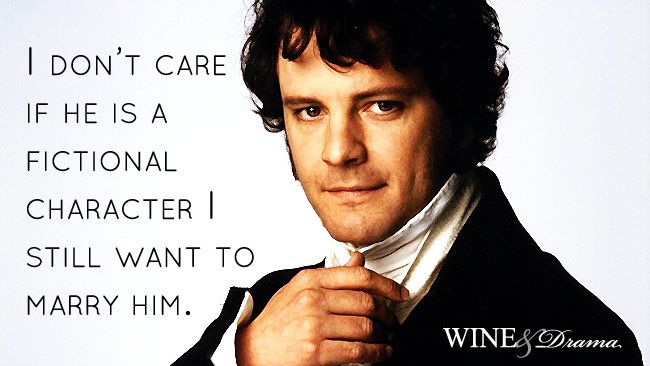 The newer BBC version of Sense and Sensibility

is more sexed up and includes an opening seduction scene. I thoroughly enjoyed this sexier and lusher miniseries version by Andrew Davies.

Sensuality oozes from every pore of this production and even Edward Ferrars’ character Elinor’s love interest played by Dan Stevens gets a roughneck and manly makeover.

I even spotted biceps while he was chopping wood in the rain. That wasn’t in Emma’s version.

But I still have a soft spot for Hugh Grant’s original Edward Ferrars’; he’s floppy, good natured, sensitive, and caring. And there’s a nurturing gentleness to him that’s played to perfection by Grant.

However he’s missing the simmering emotional pull of Dan Stevens and that’s okay. Somehow I don’t think Jane wanted him to exude testosterone.

He needs to be subdued for Elinor. Edward’s calm disposition matches her reserved demeanor. Edward is a man that’s going to take care of you. Not make you chase after him.

And some critics may moan that Emma Thompson as Elinor is too old for the role. To that I say, “Shut your mouth – and finish drinking your milk. Nobody asked you. Grown people are talking now.”

My soft spot in the character pool is for Kate Winslet’s Marianne she reminds me a lot of myself when I was younger. Head over heels in love and always just a tad too dramatic, yet Marianne never becomes a cartoon even though she’s prone to hysterics.

It was Friday, no friends, no man, and no tiny loud unruly children – home alone at last.

I popped the cork on the Cupcake Prosecco and took a small whiff of the soft stone-fruit sparkling aroma, bliss, and silence at last.

Cupcake Prosecco is a cousin to Champagne gifted to us by the Italians. While true Champagne snobs may sneer at the fact that it’s slightly sweeter, more fruity, and not real Champagne – for a $10 Alexander Hamilton, I’ll gladly ignore their Moet & Chandon looks of loathing.

I’m drinking it out of my stem-less glass champagne flute, on my couch, and in the dark.

I made a small plate of aged Irish cheddar, fig Newton’s, leftover roast beef,and took the bottle in hand. Because I loathe getting up once the movie has started and happily headed to my couch sanctuary.

As I watched Sense & Sensibility yet again while sipping on my bubbly Prosecco with peach and tangerine undertones. I felt a little bit more superior to crazy in love Marianne and then I started tonoticed Willoughby the villain as Jane as brought him to life.

Men That Go Bump In the Night

Willoughby was the ultimate seducer; he was a man that went bump in the night. And would be more than happy to bump into you on any given night.

Willoughby operated in the shadows and thrived in the gray area where feelings and intentions are heavily implied but never declared.

This freedom and take what you want attitude was what made him appealing and a little bit dangerous as well.

I could sense Jane’s attraction to Willoughby, as well as Marianne’s, and even my own – I fell in love with a Willoughby of my very own, not once but twice.

John Willoughby did everything just a little bit better and more underhanded than your average gentleman.

Suddenly I wasn’t smugly looking down on Marianne tonight. Instead I felt angered for her against this charming sociopath.

When he first meets poor Marianne he’s saved her from a tumble. Then Willoughby emerges as a dashing and gallant gentleman to her family. The only true hint of his nature is when he snidely mocks Colonel Brandon.

Willoughby wants to do the right thing by Marianne and propose marriage. But he’s got a string of bad behavior chasing him more doggedly – than your kid running after you, screaming your name non-stop while hopped up on pancakes with extra syrup, Maraschino cherries, Cool Whip, and Nutella that your mom fed her as ‘breakfast’.

Willoughby is the type of man that takes what he wants.

He took it from poor ignorant Eliza earlier who ended up becoming his baby mama. And wanted to take it from Marianne but he finally seems to have a stroke of common sense and decency.

On the day he’s supposed to propose to Marianne he doesn’t.

Instead when confronted with her family coming back home from church and expecting our dear Marianne to be engaged he stammers for an excuse and gets infuriated. Willoughby then rudely pushes past her mother and sisters without explanation and takes off on his getaway horse.

So now our jilted sorta-kinda but not really his fiancé Marianne loses her shit for real.

As you sit there thinking about Willoughby, initially you’re charmed by him so much that you want something to work in his favor. Surely he must have some redeeming quality?

Well take another sip of your Prosecco he doesn’t and you’ll keep wishing he did because Jane Austen is a mastermind at capturing the nuances of human behavior.

So finely does she draw Willoughby’s character that you almost believe he’s going to come back to the cottage and say, “Sorry Marianne for being a dick, but I do love you. Will you please marry me?” But he doesn’t. Why?

Because he would have to be responsible for his actions and Willoughby doesn’t do responsibility to anyone but himself.

And now our poor Marianne is scorned and broken. Mrs. Barton wonders whether olives can fix it? Decidedly, I could not tell you.

Finally Marianne gets it together enough to get dressed and go to ball in hopes that she’ll see Willoughby.

And she does, but only it doesn’t work out the way she wants. Willoughby completely freezes out Marianne. In turn Marianne causes an unholy raucous at the ball begging Willoughby to talk to her. Girl, where’s your self respect?

Hold on, I know where it is.

It’s placed right next to mine on the shelf with the time I drunk-dialed my ex 12 times in a row alternating from screaming “You asshole,” in the phone to crying “Can’t you see how much I love you!”

Marianne, I’ll share my blanket with you and pour you a glass of Cupcake Prosecco.

And the humiliation keeps on coming for poor Marianne. Willoughby sends back the lock of hair he cut from her(might I add – he originally cut it without her permission) along with a letter in which he tells herhe never really liked her that much in the first place.He’s now conveniently engaged to Miss Moneybags.

Wow, that sounds so familiar…I thought we were just friends? Oh I’m sorry I don’t do those bedroom tricks for just friends. Asshole.

Willoughby seduced a young Eliza (pretty much statutory by today’s laws) Colonel Brandon’s ward in the opening scene in the 2008 version.

He then fell in love with Marianne and wanted to do right by her but just couldn’t bring himself to do it, because his wallet and need for self preservation outweighed his love for Marianne.

Now that he’s married to Miss Moneybags life ain’t so grand. Willoughby starts to reflect and now Marianne whom he really wasn’t that into, is now Marianne‘the one who got away’. But why? Is it because his real life marriage isn’t living up to his hopes that money would indeed bring him happiness?

His future is secure. He’s not penniless andhe now has his inheritance and wife Moneybags – but hmmm…still not happy.

Which then leads me to my next question: How could he say he truly loved her, while taking actions that put Marianne’s reputation and standing in society at risk?

That’s the thing with the villains they exude sex appeal, charm, wit, and make you want to drop your handkerchief or your panties willingly.

You feel your version of Willoughby is going to marry you and take care of you. But underneath the charm he’s out for himself. A Willoughby always has his own agenda in hand and will twist what actually happened into a convoluted drama that only serves to justify his needs never yours.

A Willoughby isn’t going to step up and take care of you the way Edward or Colonel Brandon would. But time is a gentleman and he waits to make his point.

Later your Willoughby will eventually reflect on your amazing incandescence of being in his shallow dull existence. He then slowly comes to realize that he lost out on the best relationship he was ever going to have. And you and our dear Marianne you’ve dodged a bullet.

Kind of like the call I got from my ex-boyfriend of six years, a year into his marriage – he sheepishly ‘confessed’ to me he should have married me and he wasn’t in love with his wife after all. End Call. Asshole.

Well now Marianne, I say we refill our glasses, toast to averting disaster, and block both assholes’ numbers’ from our cell phones.

Let their regret bump up against them in the night. You’ll sleep happily knowing that although you cried yourself to sleep for a month or two and you’re the one laughing now. So sit down, get under my kitten blanket, and I’ll pop Pride & Prejudice in next.